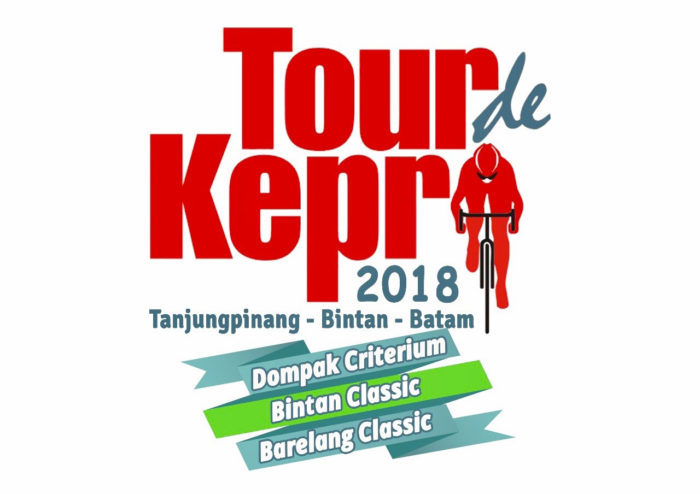 With the Tour de Kepri on this weekend lets take a look at the race and some riders to watch.

The Tour de Kepri is a 3 day, 3 stage race; starting with a criterium followed by 2 road stages. The race does not stage an individual time trial which means initial time gaps will be based on the top 3 finishers in the Crit.

The timing for the Tour de Kepri will be bunch time with 1 second gaps to the next bunch. 10, 6 and 4 bonus seconds are available on the line for 1st, 2nd and 3rd in each stage.

The racing will be tight and fast and the leaders jersey will be awarded to the criterium winner so look for a tightly contested finish on Friday.

The jersey will likely change shoulders on Saturday, and potentially again on Sunday.

With strong break-away performances by the TSG riders, Pierre-Alain and Bastian at the Singapore National Road Race in Nongsa it seems likely a break-away could again succeed in the strong field of 50 riders.

Friday’s criterium should be 45 minutes plus 3 laps but may change on the day due to timing constraints. The B circuit is a 2.3 kilometre section of new road to be raced counter clockwise.

The circuit has a 100 metre ‘berg’ on the southern straight and depending on how hard the race goes this could become a deciding factor for how the race plays out. Gaps may open up as riders may be starting their GC campaign early.

Good representation from all the major teams in Singapore coupled with the strong outfit of Velofit Racing coming from WA will certainly make for a fast and interesting stage.

Allied World-Treknology, Cycle Training CC, matadorRACING, Specialized Roval Mavericks and Velofit Racing all have a chance at taking the jersey on Friday night. I don’t recognise the riders names from KGB Jakarta however one can not count them out either.

Potential riders for a break-away

Riders with a strong kick

The stage covers some familiar roads which are raced during the Tour de Bintan.

This stage is a combination of the coastal road followed by the red road before riding through the southern part of the northern half of the island (what a tongue twister). Finishing up near Tanjung Uban on the west coast.

The rolling hills and heat will play a part so it will be one for the smart racer. Certainly a breakaway will form early in the stage, whether they can hold off a charging peloton in the final will remain to be answered.

The GC might be wrapped up on Saturday if a strong group forms and stays away with a good margin. I believe the jersey will likely change shoulders from Friday’s winner.

The Barelang race is a known feature on the calendar for Singapore as it used to be the classic one day race. The past 3 winners have come from a reduced bunch, this is due to the rolling nature of the parcours testing all riders.

Fatigue and the heat will most likely aid in the overall GC positioning.

It’s hard to predict how the GC will look after 2 stages however you would expect those with legs to have a go in the second half of the race.

Most teams have a good cross section of talent so let’s see how the race will play out!