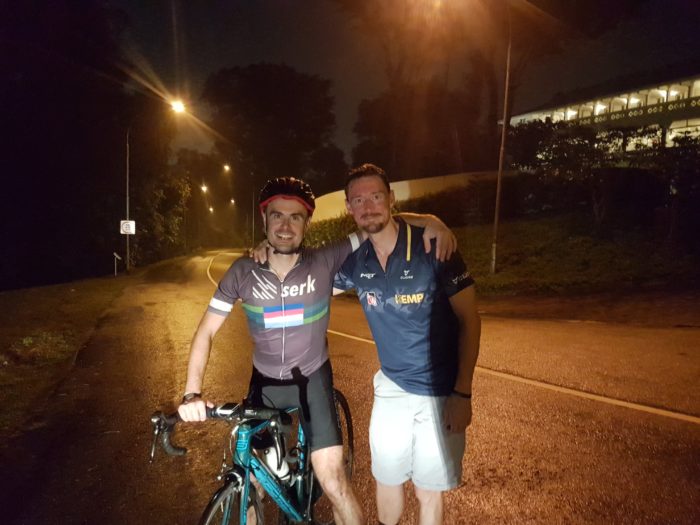 Everesting in Singapore is possibly one of the greatest challenges you could undertake, one which I’m happy to have attempted. At this moment in time it beat me, but I will regroup and re-attempt shortly.

I want to thank anyone who took the time to donate, share, like, comment, join us for a short or long time on Saturday or simply post anything about the attempt. Every single one of you made this attempt a success.

My preparation started a few days before the attempt. I confirmed my bike was in good working order and all the required kit, spares and extras were out ready to be packed. I followed a small carbohydrate loading; starting on Thursday.

A tip for success is to start any event with everything in order, this will ensure you are the in the best position for success.

I packed the same as I would if I was going to a stage race. Trying to not leave anything to chance the packing list contained spare tubes, spare tyres, my small bag of travel tools, and thousands of calories of food and drink.

Cycling is an endurance sport and most of the training we do is for that 2-4 hour time frame. Nothing quite prepares for the 10+ hours of saddle time this attempt would require. It is totally a mental game past the half way mark.

I planned to start, arbitrarily, at 4 AM which meant a 3 AM alarm. Any earlier and it felt like no sleep would be worthwhile. Any later felt like the end would never come.

Starting at 4am was both a good and bad decision, starting later in the evening of the night before would have been better as riding through the early hours was far easier than during the day. Distractions were minimised and sets of laps were relatively easier to put together. Time seemed to not exist in the calm of darkness.

Late on Friday afternoon Chas Pope messaged to advise he would also be attempting the Everesting as well. It was a massive mental boost to have someone else on the hill all day, slogging out the same number of laps. 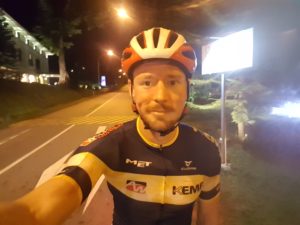 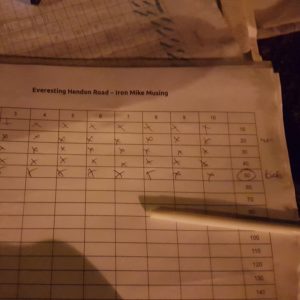 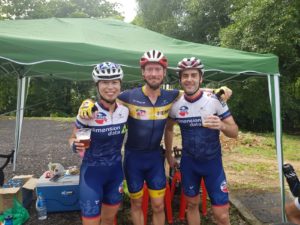 Glen Kenny was key to our riding. He was kind enough to wake up at 3am and load the car up with all my junk. Glen and I reached Hendon shortly before 4am and I jumped out of the car and started to lap immediately. Glen was kind enough to setup the tent and organise extra water and snacks to make us through the morning before having to tend to family matters.

I had about 10 laps down before Chas arrived. We quickly got into a rhythm and the laps started to count up quickly. 10 done, 20 done, 50 done. It felt easy, surreal, to be putting together sets of laps.

With what felt like only 2 hours passing, we were 100 laps were down. At this point it was around 8 AM (4 hours into the attempt) when dawn had broken. The sun was out but it wasn’t yet hot.

To complete our attempt we would need to do 7 sets of 50 laps broken into rounds of 10 laps.

As morning broke and the sun rose, spirits were high. ANZA riders start popping by and so did most of the cycling community of Singapore. It was great to see so many faces and chat with so many people in the early and mid morning.

The temperatures started to rise around 10:30 AM and the lap times slowed as a result. Temperatures were heading to the typical 30’c degrees we get in Singapore. Break times were increased from 5-10 minutes out to 20 minutes to try and keep cool.

My Garmin recorded temperatures over 40’c. 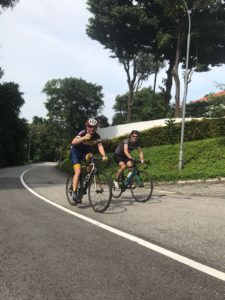 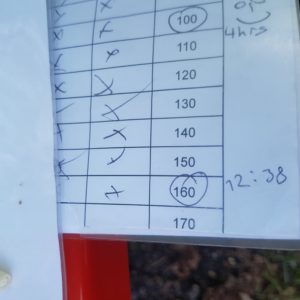 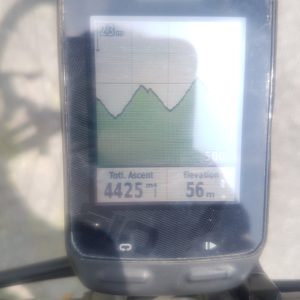 It took a little over 3 hour hours to put together the 3rd set of 50 laps, taking the total to 150 laps at around midday.

The next set of 50 laps took more than 4 hours; taking the total to 200 laps. It wouldn’t be until after 4 PM when the block of 50 were complete. Towards the end of the block the weather had turned from impossibly hot, to more manageable, to tropical rain.

At this point we’d been in the attempt for over 12 hours and the environmental delays were really hampering my spirits. Rain plagued the rest of the afternoon and well into the evening. 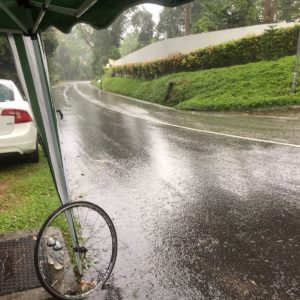 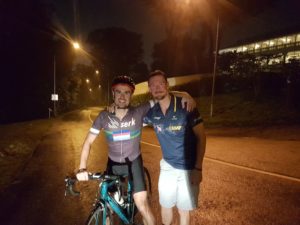 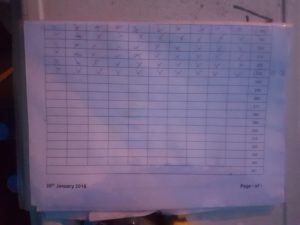 As the rain subsided to a manageable level and the roads started to dry out we embarked on the 5th set of 50 laps. We had another tropical down pour which caused more delays. As soon as the weather cleared enough to start lapping again we were on our bikes.

Completing 30 laps of this block through the drizzling rain meant I’d climbed 5,895m and the height of Kilimanjaro.

Chas was still trailing by about 10 laps when I’d made the decision to pull the pin.

The risk of riding through the rain, at night, in my mental state was something I was not prepared to do. I can be a bit wild but there has to be some sensible decisions when my safety is involved.

After 15 and a half hours of attempt my day was over.

Chas completed 8 of the 10 laps trailing me to also make it up Kilimanjaro. 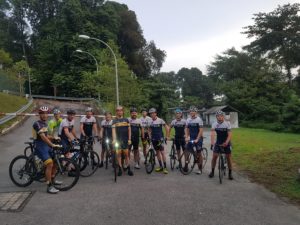 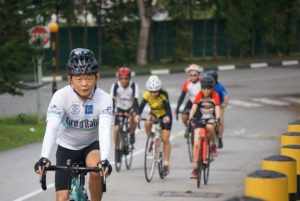 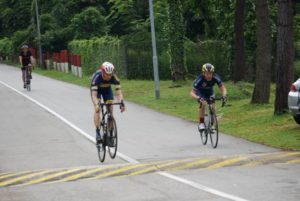 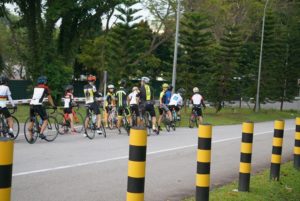 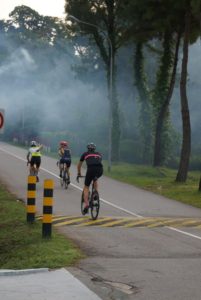 What can one take from Chas and my attempt?

Overall the attempt is difficult, long, but very do-able. Stay tuned as I will be attempting it again before the years out.