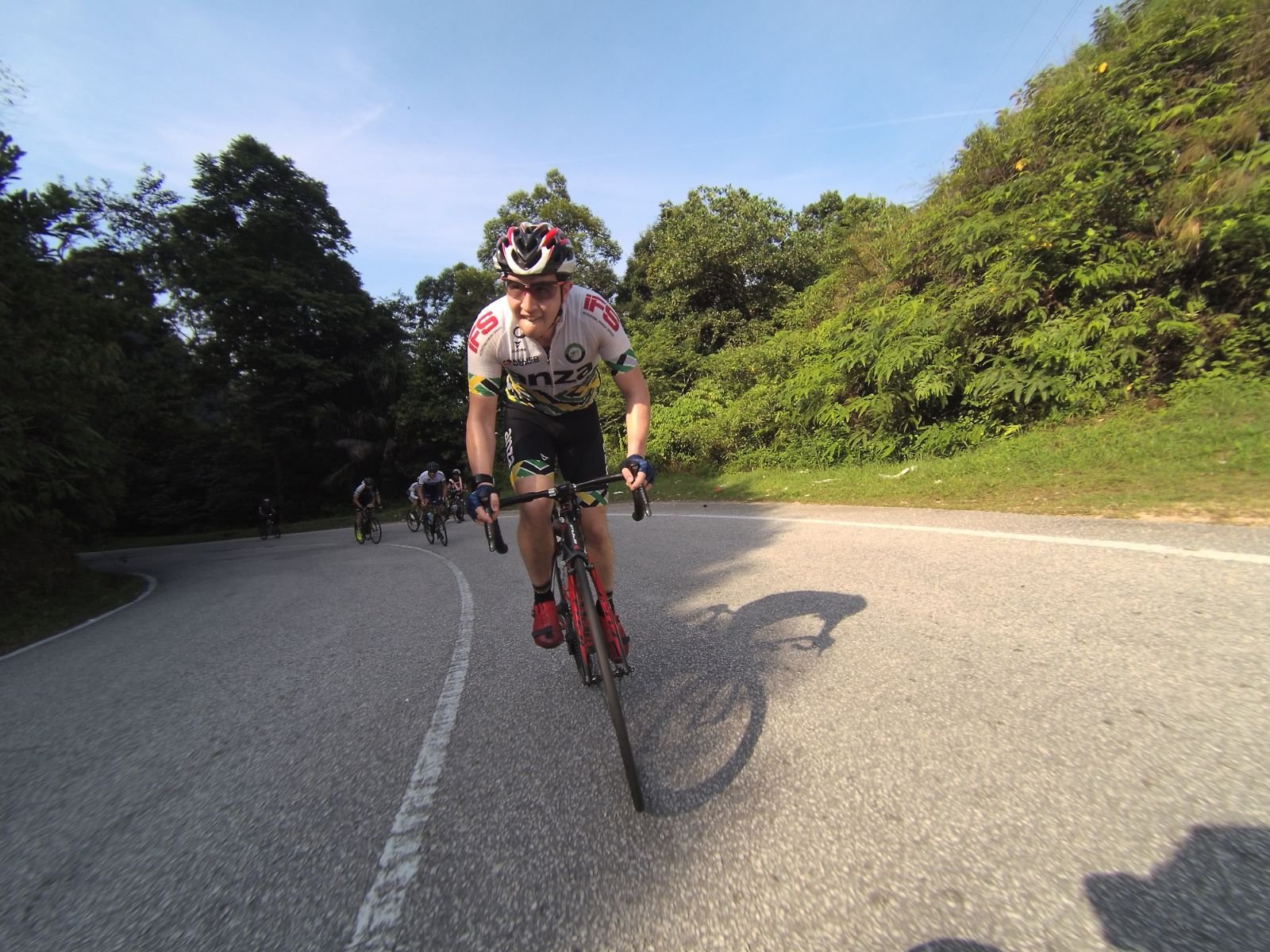 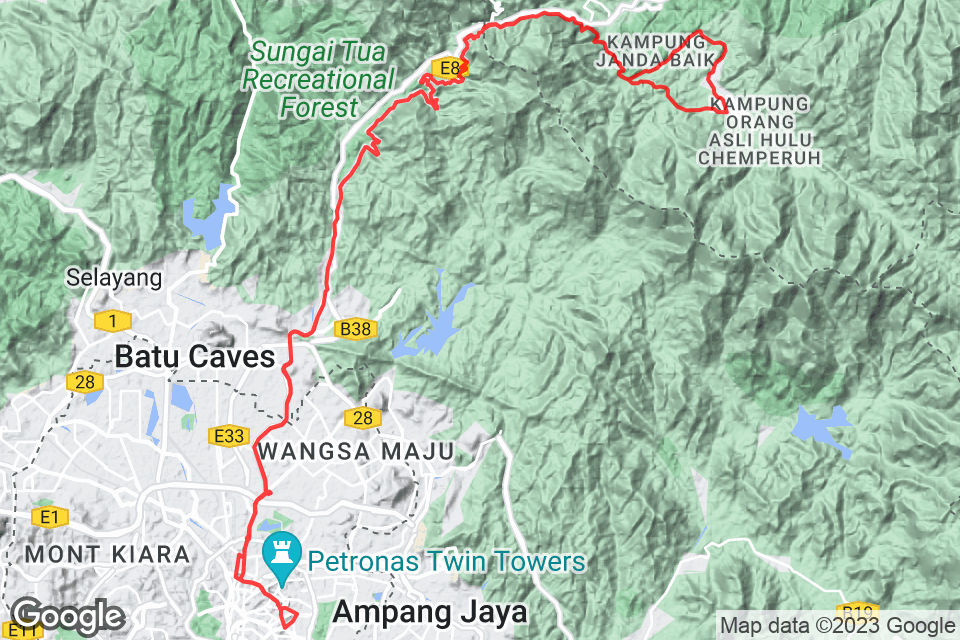 This ride I have ridden a number of times, perhaps too many.

Its a ‘short’ out and back at 75 kilometres in total, but that definitely does not mean you have to go easy. With the extended loop the route is 100 kilometres.

Genting Sempah is situated due north of Batu Caves and the average gradient is a mere 3% but at 15 kilometres in length your legs will most certainly be tested.

The climb starts as you head under the overhead bridge. You might feel like you have been climbing for a bit before you get to this point. It’s true, the gradient is gradual and builds all the way from the centre of town.

The entire climb is more or less the same. There are a few sections of steeper pitches which touch 7% and 8%, but the ramps are short. There are many stretches at 4% and even some flat. Its a nice climb.

Once you roll under the bridge at the top you have the option for an extra 30 kilometre loop over the back side. Its a great option and highly recommended if you have the legs.

As you descend off the back of Sempah, turn right at the steep looking hill onto an unnamed road. It will be roughly 42 kilometres into the ride.

The road surface over the back of Genting Sempah is stable but very pitted. It can be a technical descent between kilometre 36 and kilometre 42 where you turn off into the village loop.

After turning right you will ride through some local roads, which are in good condition. The road undulates through the beginning before settling to mostly flat.

There is a place to stop at an orphanage to get a drink and perhaps lunch, time permitting. Located at around the 53 kilometre mark in the Strava Route.

On the return you will complete the loop and have to climb a reasonable 3% incline until you reach a round-a-bout. 2 steep pitches follow, touching max gradients of 10% to 12% for decent sections.

Turn left at the service road before heading over or on the freeway which will pop you at the top of Genting Sempah.

The surface of the descent on Genting Sempah is at best described as average. Take care on the descent as many accidents have happened due to the uneven nature of the surface.

After your descent it’s customary to stop at the 99 store (on the right hand side at the very bottom of the hill) for an ice cream before rolling back into town.

Start at or before 7am to beat the heat, and get back to the hotel at a reasonable hour to enjoy some time by the pool!